Home » All in the Mighty Family!

All in the Mighty Family!

We have a jam-packed update to start off February, so let’s get right to it! Producer Nick Yu lets us in on the English voicework, we get a full run-down of the Mighty Numbers, and the conclusion to our bonus content funding!

Nick: This is the first time talking to some of you update readers, so allow me to introduce myself: I’m Nick Yu, the producer of Mighty No. 9. I’ve been around the forums here and there, but this is my first time appearing in an official capacity here (and my first time writing an update!). Nice to meet you all!

I’m here to introduce an update a lot of you have been waiting for: Mighty No. 9’s English voice recording! In the end we chose 15 character voices from a whopping 370(!) voice samples. And that was only the tip of the iceberg: the original number was several times that, which we had the recording director pare down to 370 initially… I wonder how many they ended up listening to?

From those 370 samples, comcept, Inti Creates and 8-4 put their noses to the grindstone (or is that ears?) to vet their own picks for voices with a Mighty flair. The final choice went to the directors and producers. By the way, when we say “voices”, we mean just that: our team listened to each and every vocal sample without knowledge of the voice actors attached to them and cast or votes. 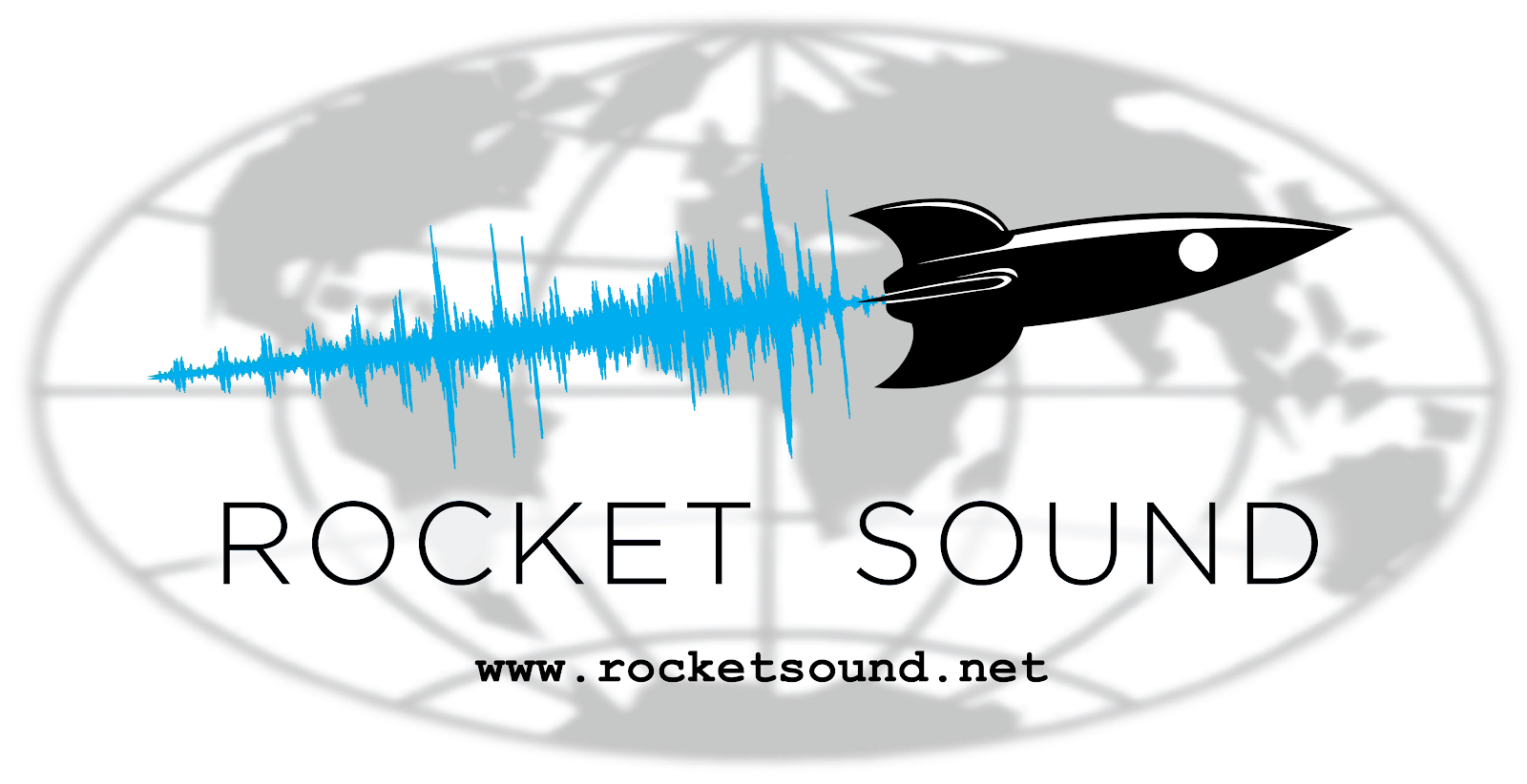 The recording was handled at Rocket Sound, a studio in Los Angeles, CA. We can’t thank them enough for all of the talent they brought to bear, and the hectic schedule they kept up to the very end! 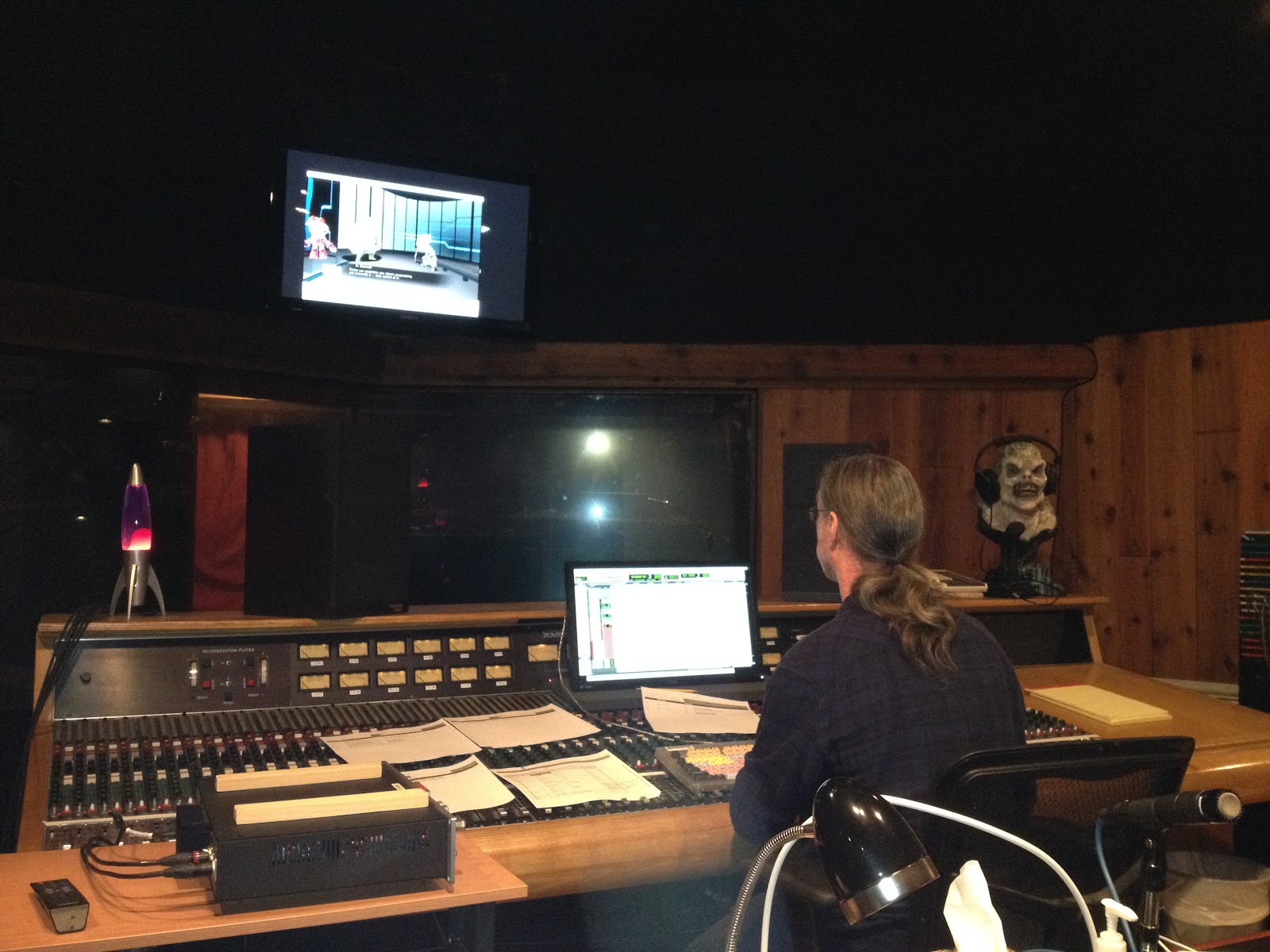 Recording took place from December 9th to December 17th. I was on-site from the 9th to the 12th, and participated in the rest via Skype from Japan. Everyday Director Ikegami and Sound Director Yamada Ippo from Inti Creates joined in the American recording sessions from Japan, despite the 17-hour time difference (meaning we started from 2:00 in the morning over here!).

Recording trucked on at a leisurely pace, and the addition of voicework saw life seep into the characters one after another. Watching these characters come to life before my very eyes was a fascinating experience. Not only that, thanks to all of the wonderful voice actors we barely had any retakes, letting us finish on time and--what every producers loves to hear--within budget!

As for the cast themselves, look no further than the list below! 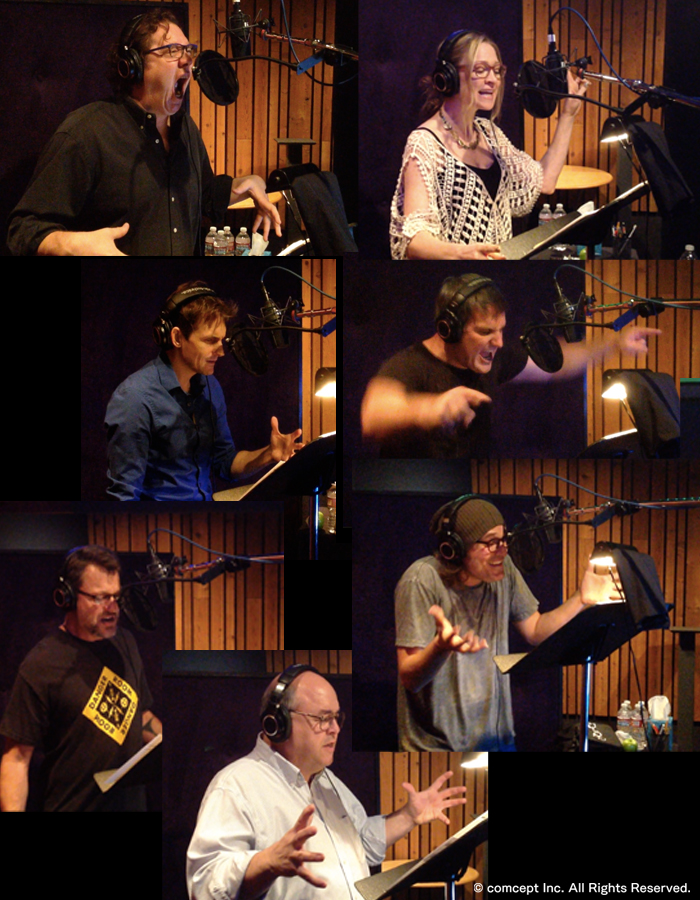 There you have it! What do you think, do you think these guys fit the bill? The truth is each and every one of these characters sound amazing when you hear them speak. Wait and hear them in the game for yourselves!

Thanks for the voicework update, Nick! We hope all of you backers are looking forward to hearing the Mighty Numbers and company for yourselves!

And speaking of the Mighty Numbers…

More than a few of you have pointed out that the Mighty Numbers wallpapers contain some kind of codename. That’s because every member of the team is more than just a number… they have their own names as well! And those of you who had a crack at the beta should also know that each of the Mighty Numbers goes by a nickname, too (just like family!).

We decided it’s about time to reveal all of the background data for the Mighty Numbers!

A super close-range power fighter that attacks with the flames spewing forth from his body.

Anything in his white-hot clutches has a snowball’s chance in heck of escaping.

She puts both water and ice to good use as a technical, mid-range support role.

Flooding and freezing the stage in turn, she specializes in icing over enemies and stopping them in their tracks.

A long-range fighter that pulls off some tricky maneuvers with her floating electric bits. She can take out multiple foes at once with the electric bolts running between her and her bits. Her favorite battle strategy involves draining enemies of electricity until they shut down.

His body parts transform into drills, steamrollers and more, making him a close-range combat/support-type weapon of mass destruction.

He also excels at defense, protecting allies with his sturdy frame and gouging trenches straight out of the terrain.

Weight: 300 to 600 kg (*changes according to ammunition payload)

He utilizes existing Gatling guns and heavy ordnance for mid-to-long range combat. He prefers a more calculated approach, cornering his opponents with his Gatling gun and finishing them off with the revolver atop his head.

This reconnaissance unit climbs up into the heavens to supply intel to his allies. He's equipped to gather and parse massive amounts of information. While he has a measure of offensive ability, his greatest weapon is his maneuverability.

This swift swordsman, relies solely on his twin blades for weapons. Unlike the other Mighty Numbers he mimics a human fighting style, and wields an outstanding combat ability high enough to be considered "master class".

This long-range sniper uses the radar on his head to seek out and assassinate the target. He believes in "one shot, one kill", and hates clumsy battles.

The game’s protagonist. He possesses an ability never before seen in robots...

There you go! We’ll reveal a bit more before the game goes on sale, but for now try connecting the dots yourself. And if all of that contemplation puts you in the mood for one of the Mighty wallpapers, check them out before our bonus content funding ends! And speaking of which...

That’s right, the funding support for bonus content we started July last year is coming to an end on Monday, February 16! Development of Mighty No. 9 is in the final legs (before we move on to start porting it to all the various systems), and holding out any longer will start to affect the development schedule.

We were able to make English voicework a reality with your help, letting us give you, the players, an even more polished experience. It’s a shame we weren’t able to get the DLC, but the dev team hasn’t given up on making it a Ray-ality! We’ll keep looking for other ways to make the DLC happen.

Thank you so much to everyone who contributed to the bonus content with their purchases!

Alright, that’s it for this update, Mighties! Between the voice actors and the Mighty Numbers data there’s a lot to soak in. Take your time to digest it all, but then we want to hear your voices in the comments below, on the forums, and on our official Facebook and Twitter accounts!

Okay, I'm not goonna lie. I don't know who any of these people are. But' I'm just glad that the english voice acting fell through.  Everyone seems to love these guys so, alright

I've been a fan of Yuri since all the way back when his voice helped light up the I Love Bees ARG, and probably before that but I didn't start folloing who did what voices where until that time.  I've always been a fan and am excited to hear what he can do for Beck.  But man, the other names on that list don't stop being awesome!

Awesome, glad the game is still moving along!

Top notch cast! I've looked up a lot of the actors' previous work and it has me really excited to hear their performances in the game. All the actors look really energetic in the photos too!

Sasuke from Naruto as Beck? This should be interesting. Anyway, this is very exciting. Voice acting has come a long way. Steve Blum always gives a good performance.

This goes to show that Steve Blum is in pretty much everything in some form or another lol...however, I think he'll bring a good voice to Mighty No.8. Looks like he would. Maybe a voice like Shishio from Rurouni Kenshin with a southern tone. As for Yuri being Beck, he'll probably bring a lighter Ben 10 sound, which should be just fine in my opinion. Just from listening to a couple samples, since I don't watch any of the shows, it'll be a nice fit.

These voice actors look great, their all talented and I'm sure they'll do it justice.

Could you give us some voice samples?

Not going to lie, I was really hoping for a woman to voice Beck, though I'm not terribly surprised it ended up being Yuri Lowenthal (Johnny Yong Bosch was another possibility I took into account). I have nothing against Yuri, but I'm not entirely seeing him as Beck. While I have heard him voice numerous young characters before, I never felt as attached to the voices as I should be.

Kinda makes me wonder who would do Beck in Japanese, since the preview trailer to the CGI series had a female as him...

Regardless of this, I do look forward to hearing the rest of the characters. Although I'm not as familiar with rest of the cast names (outside of Blum), I'm willing to give everyone a shot.

There was never a thought in my mind that we'd end up with Mega Man 8/X4 voice acting.  THAT was the localization team not caring that X has the build and face of a young man and gave him a lady voice actor anyway.  These guys are making a passion project, not a product.

The director should select female Voice actor that sound like young boy,The character have cute look

.
I hope there is mute option for the voice acting,I`m so disappointed

my rebuttal to you: Shu from Blue Dragon, Simon the Digger in the first portion of Tengen Toppa Gurren Lagann, Pharos from Persona 3.

Three great, very different voices for three young characters, all of them played by Yuri Lowenthal. He was also three Bleach characters, two of which were younger versions of existing characters. He's good at playing kids. He's got a great range to work with and he can totally nail this. Have a little faith, and save judgment for when you hear Beck speak.

I guess this should silence criticism about Mighty No. 9 having Mega Man 8/X4 levels of voice acting. I mean, Matt Mercer, Yuri Lowenthal, STEVE BLUM! Steve Blum as No. 8. That is almost TOO perfect. But then again, Steve Blum can play ANY character.