And it’s time for our first March update! We start off the month with a look at both the Mine stage and the Inti Creates Fan Festa 2015!

KIMOKIMO: Ladies and gentlemen, boys and girls, welcome to an exclusive look at one of Mighty Land’s main attractions: the Death-Defying Mine Tunnel Tour!

I’ll be your guide, and you better believe I’ve got quite a sight in store for you! Enjoy the thrills and chills of our latest and greatest attraction... that being said, there’s more than a few spills awaiting those lacking caution, too. So keep your arms and legs inside the update at all times, and follow closely behind your friendly neighborhood KIMOKIMO!

Coming up on the entrance, we’re greeted by a massive excavator trumped only by the expansive desert surrounding it. But don’t get daunted by the scale this early, Mighties: we’ve only just begun! 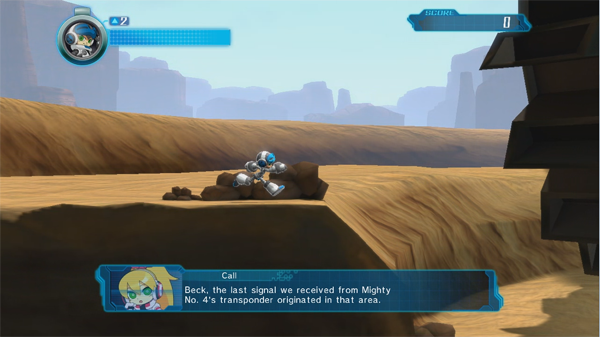 On closer inspection, an elaborate labyrinth unfolds deep beneath the monstrous machine. 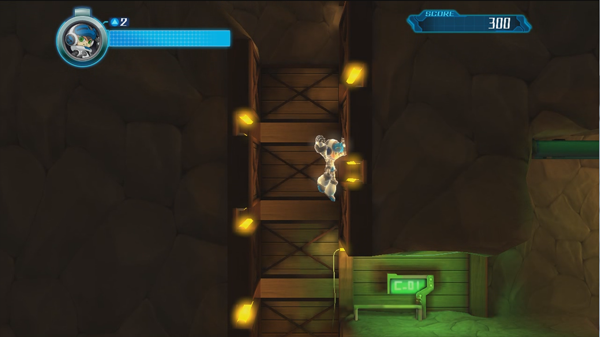 Our tour takes us through these dark depths, with only the light from malfunctioning electromagnetic wire threaded throughout to lead the way.

Kind of pretty, almost alluring, ain’t it? Like the glow of a campfire (or maybe a bug zapper?). But I digress, onwards to the first stop on our tour! 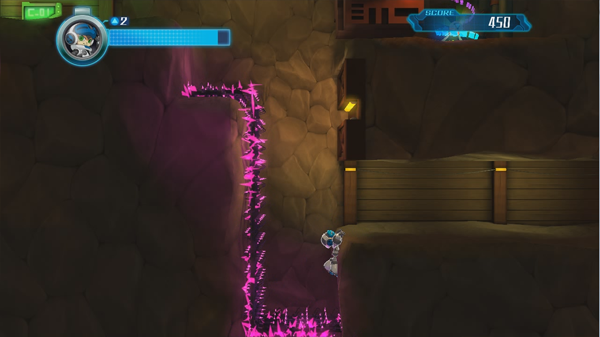 Kudos to whoever padded the bottom of this dangerous drop with care! (And a bit of EM wire.) Like a mama’s warm embrace, anyone that falls in now will earn themselves a nice, well-deserved nap. 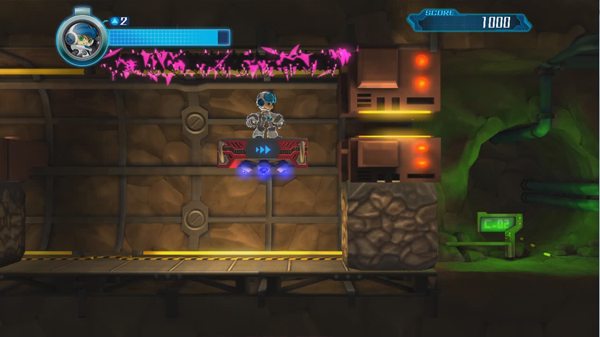 There’s no sun this deep underground, so we had to rely on the radiant warmth of the EM wire for this analogy. Don’t get too ahead of yourself, but don’t be afraid to take chances, either… this spot on the tour teaches you that there’s a right time for action!

Tour Stop #3: Getting A-HEAD in Business 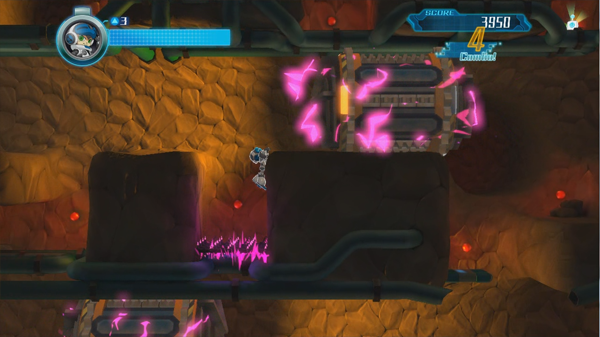 This perilous spot teaches you the value of keeping cool under pressure. When you’re between a rock and a hard place, don’t let them see you sweat!

Tour Stop #4: Waste Not Want Not 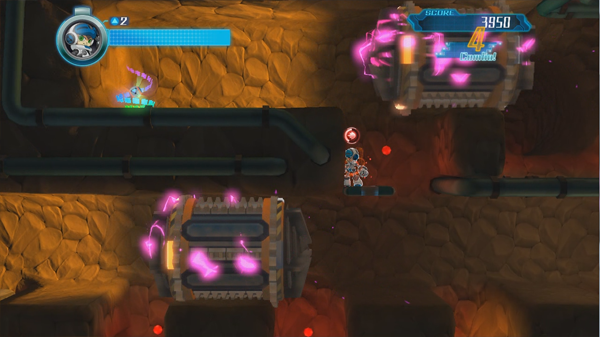 This stage is full of tough clashes like this. Still, it’s a good chance to get a leg up (or 1UP) on the competition!

Still with me, weary travellers? Well buck up,we saved the best for last! It all comes down to this, time to put everything you’ve learned to the test in...

Tour Stop #5: The Game of Life 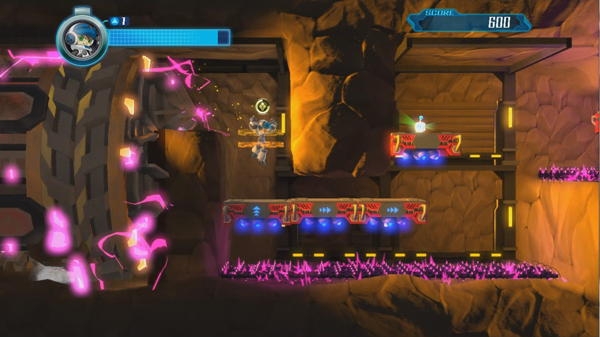 The road to adulthood is paved with hardships, some of them more… demanding than others. It might take more than a few missteps to find the path right for you, but that’s what life is all about!

We end with a final meet-and-greet with the proprietor of this wonderful tour, who transformed a simple, boring rock quarry into the exciting spectacle you see today! 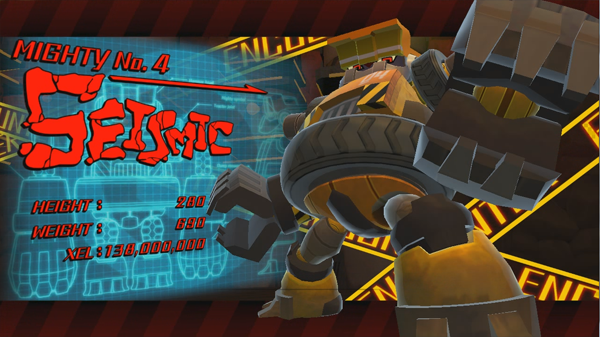 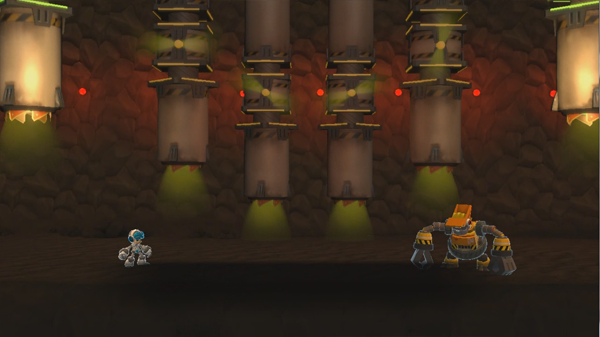 It seems like he’s putting on some kind of show, but in all honesty he’s kicked up so much dust I can barely see. Guess all of you will have to take the tour and check it out yourselves!

(Bonus: Video of a moment KIMOKIMO would rather soon forget...)

Plenty of you have noticed articles about it around the internet, but late last month Inti Creates held the Inti Creates Fan Festa 2015 at the Astro Hall in Harajuku, Tokyo. 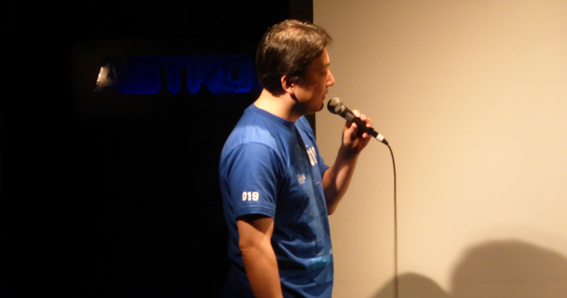 The event offered a wide range of content, including talks from developments, live concerts from voice actors, even announcements for new projects! The announcements included new content for Azure Striker Gunvolt, and sequels to both Gunvolt and Gal*Gun. Gunvolt’s sequel is still in the concept phase, but it’s definitely something to look forward to!

And of course, Mighty No. 9 was there as well! 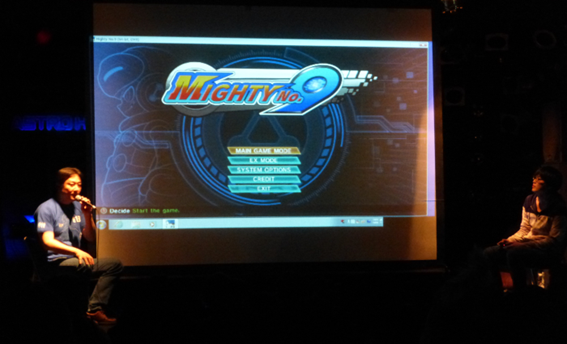 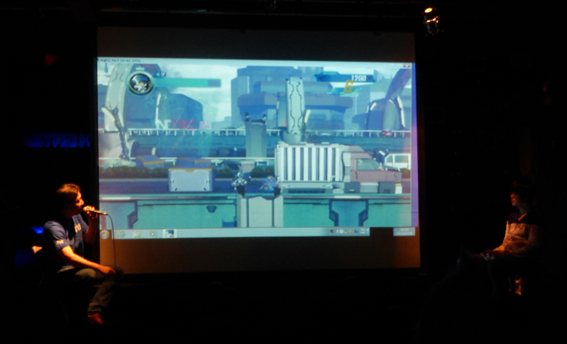 Ikegami-san showed off the skill of one of Inti’s top Mighty contenders. He even made it look easy! Even so, you’ve gotta try out the difficulty for yourself to get a grasp on just how good Ikegami-san is! 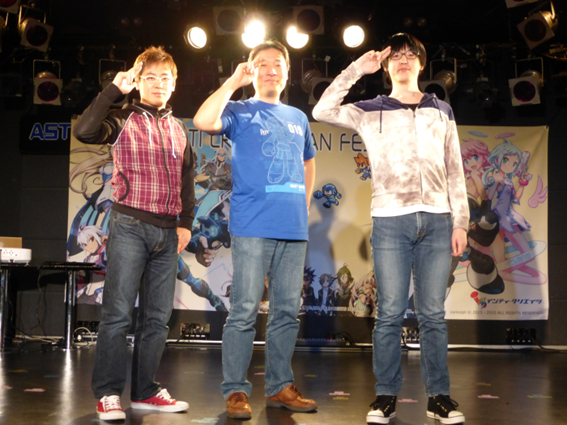 The Fan Festa was a blast, hopefully comcept will be able to hold an event like that someday!Did our deep, dark tour shed any light on No. 4? Did Inti’s presentation spark your interest? Let us know in the comments below, on the forums, and on our official Facebook and Twitter accounts!

I honestly wish there were more outdoor levels, world building and to show off as much  stuff as possible. But I'm happy none the less.

Also WHEN THIS COMING OUT!? Me want!

So a release date yet?

No definitive date yet but Comcept has been on schedule so far. They said on Kickstarter they were aiming for April so its possible to arrive around there. Hope this info helps.

its been a long road.. God bless u mighty number 9 team

You guys have really outdone yourself, it's gonna be difficult to get passed that. Hang in there Kimo Kimo.....wait....did I made an accidental pun?

I don't believe that was accidental for even a moment.