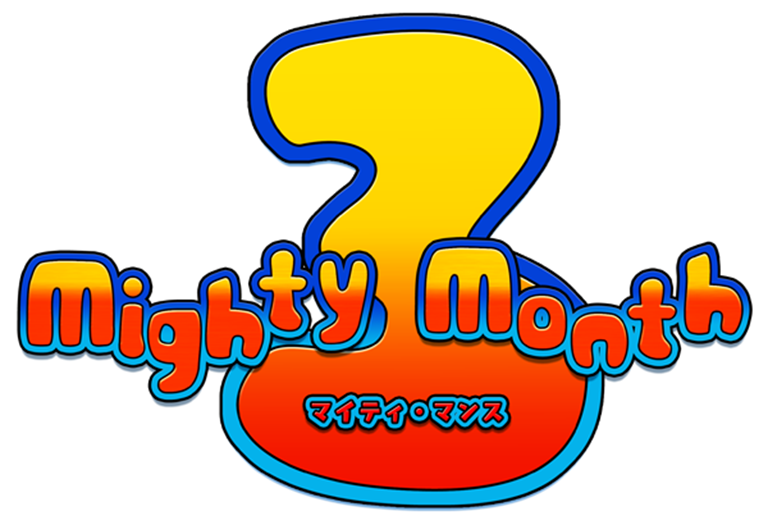 We have come upon September 1st, 2016 which means it is time for Mighty Month 3.
This time we don’t have any plans for a big event, and instead wanted to finish reporting on the remaining rounds of the KIMOKIMO Cup results!

Did everyone get a chance to see the feedback and results from Part 8 of KIMOKIMO Cup?
I noticed that there were some people disappointed that they were not picked, or
were sad that they couldn’t see their designs in the pictures. Even if you don’t
spot your design in the pictures, remember that we always have a lot of applicants and Inafune makes sure to go through every single one!

We still have 3 more rounds to announce, so you never know if you design is going to be picked!
The order is a bit off, but let’s go ahead and announce the winners from Part 5! 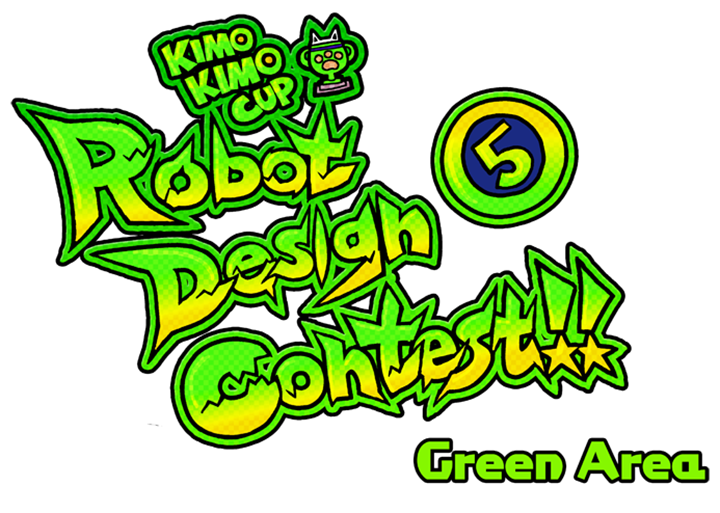 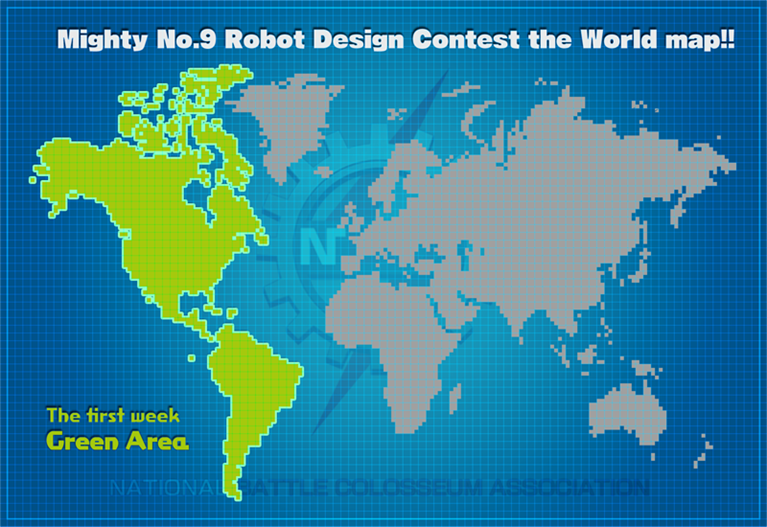 Last contest we based the theme around elements, but there were so many
Unique entries based on countries that we decided to make that the theme this time. 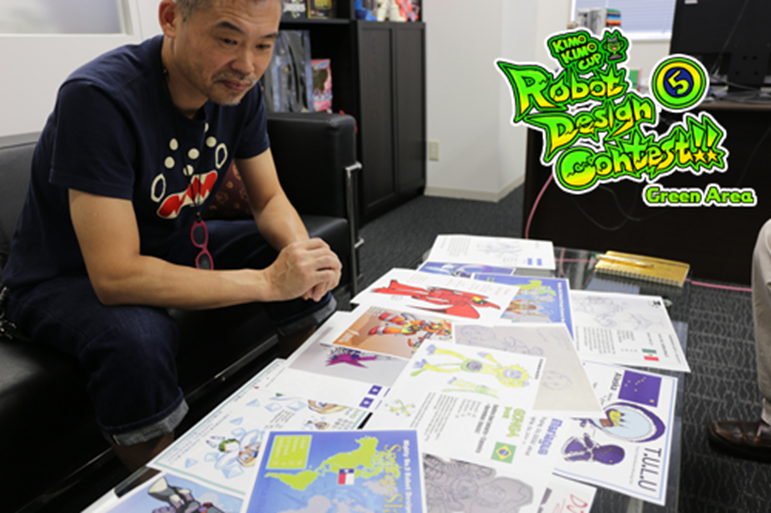 We saw a lot of designs this time that seemed to be influenced by the
results of the previous contest. Inafune had a hard time making his choices for the best designs.


His one comment for this batch was that “There really aren’t many places to improve upon...” 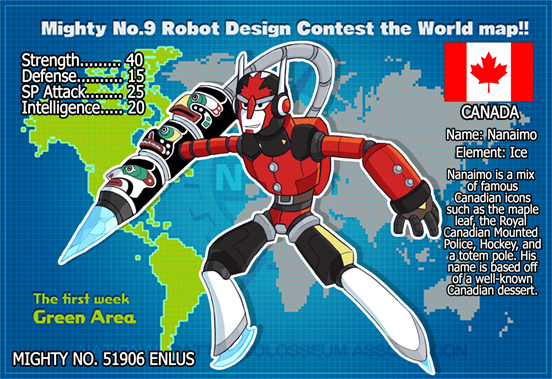 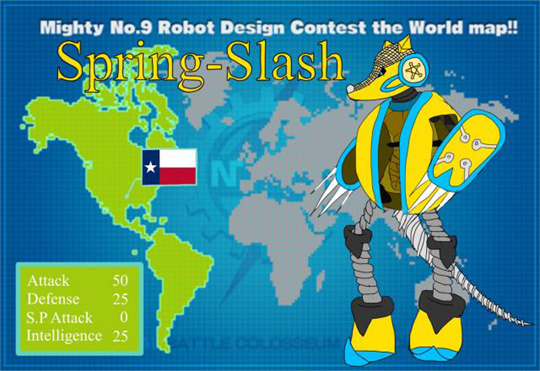 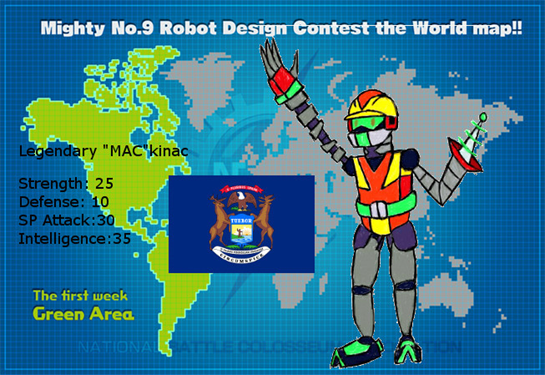 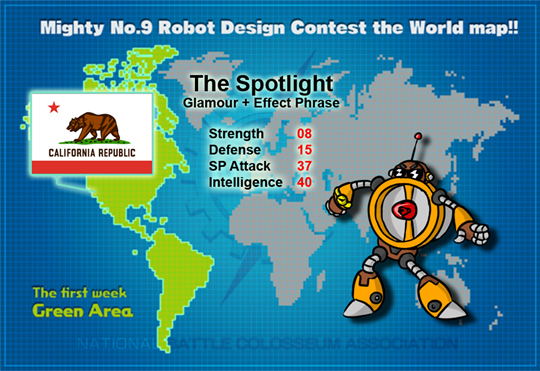 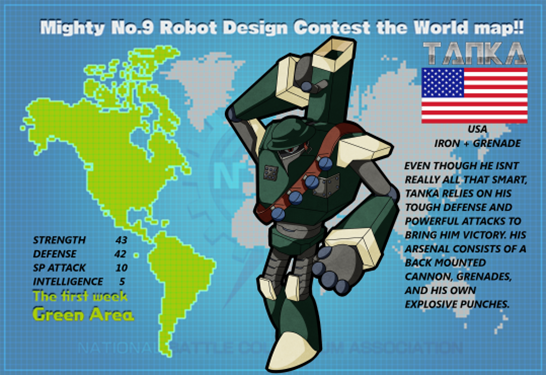 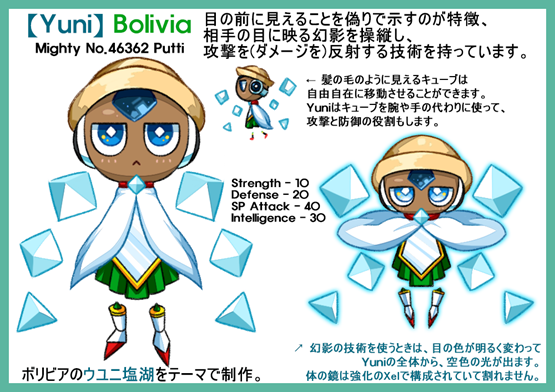 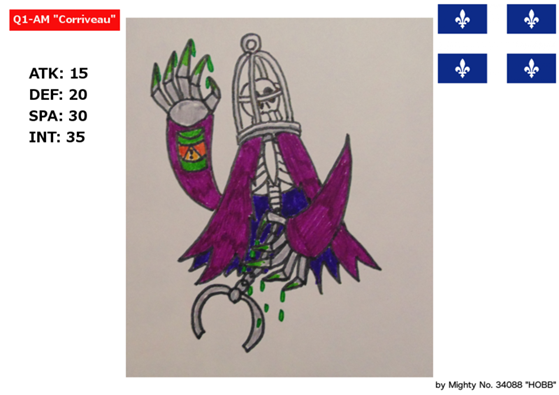 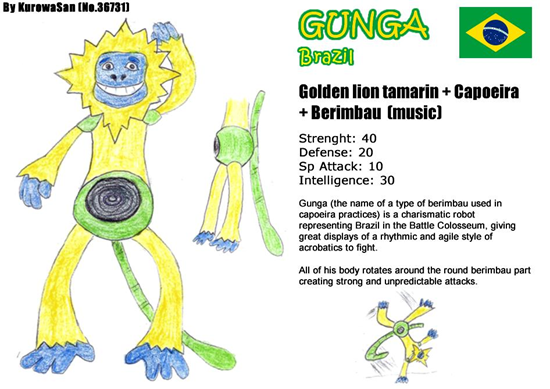 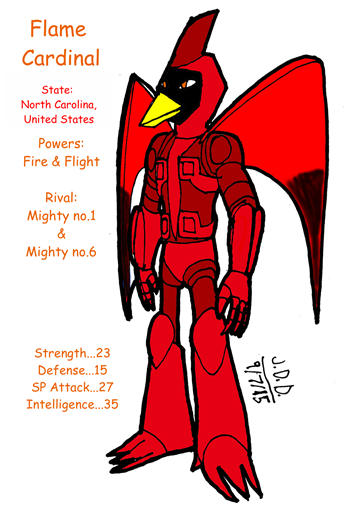 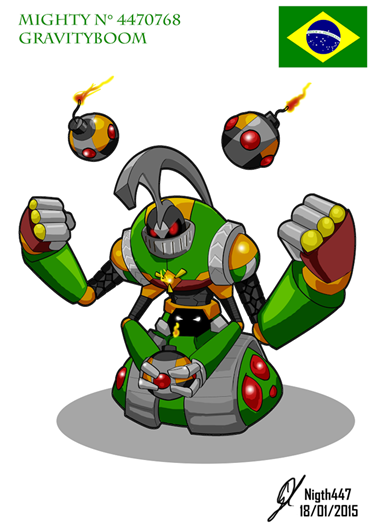 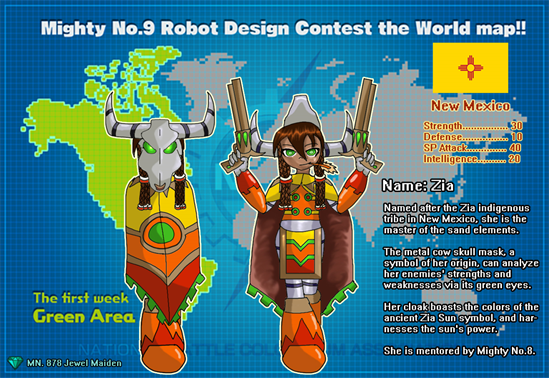 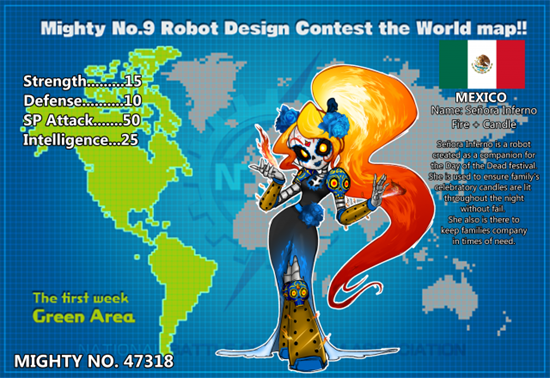 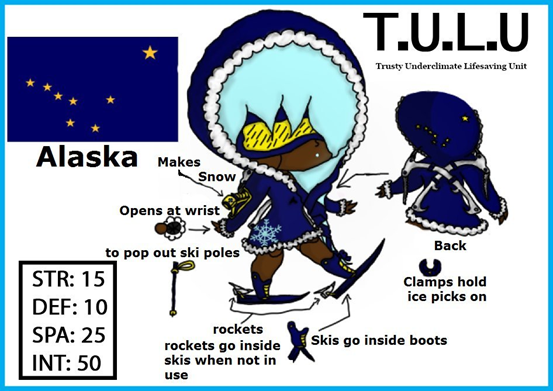 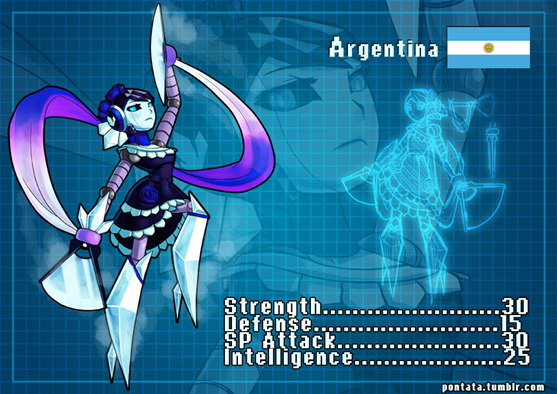 ・Mighty No. 38964 Mnemosyne             ・Mighty No. 7447 Pontata  For each of these contest rounds, I always try to guess which design Inafune is going to pick
And this time I actually managed to get it right! Time to announce the best design from KIMOKIMO CUP Part 5!

However, before we show the design I need to point out that this time both the best design and the one that needs a little more work were the same!
Here is Inafune touching up the design a bit. 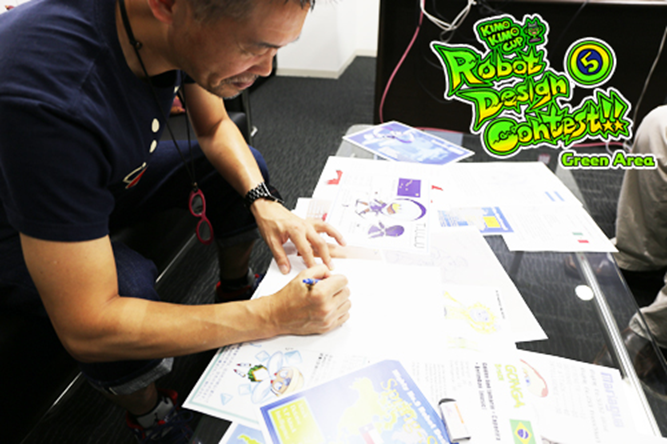 Here is a close-up shot of his sketch! 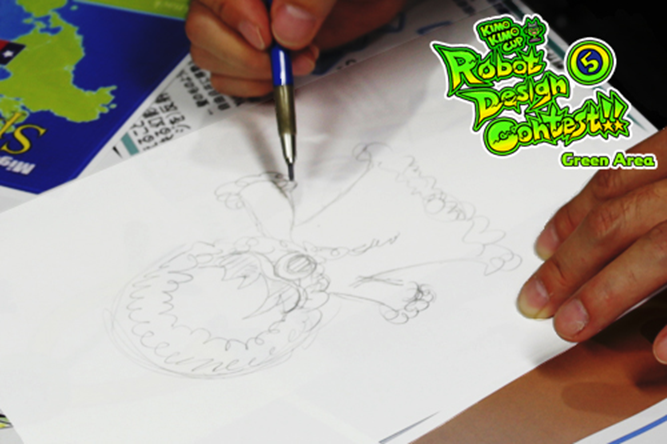 This is the design he is working on improving in these photos: 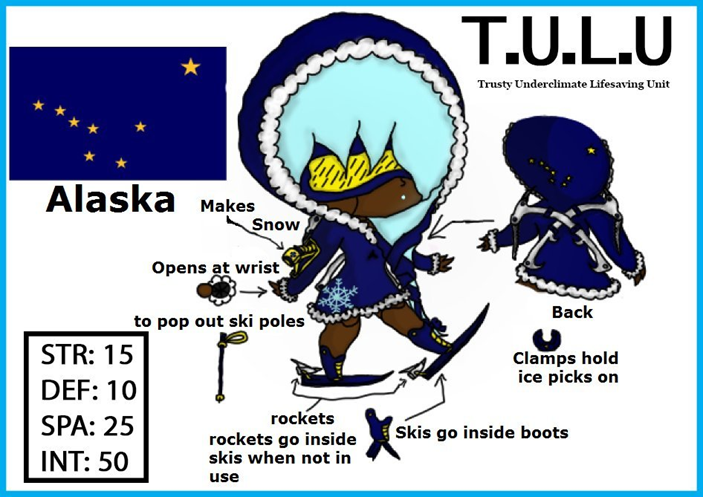 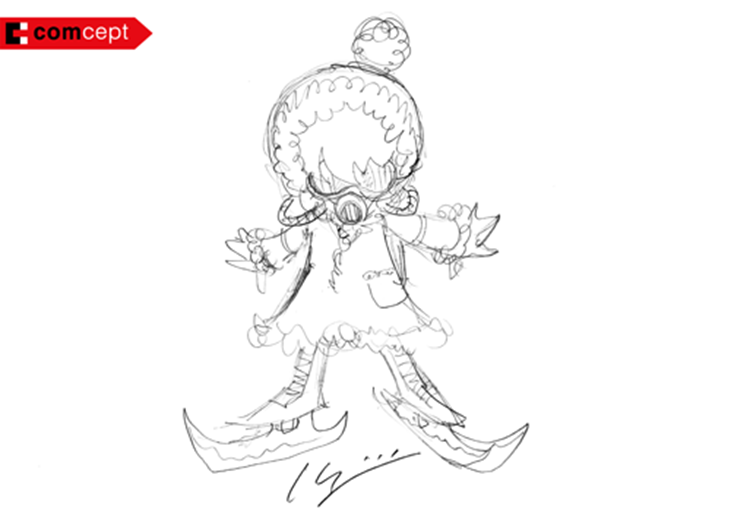 Here is the redesigned T.U.L.U. by Inafune.

Advice from Inafune
・Needs more robot like features
・Maybe adding a mask and some piping...
・Could be an interesting character, using the blades for close range attacks. 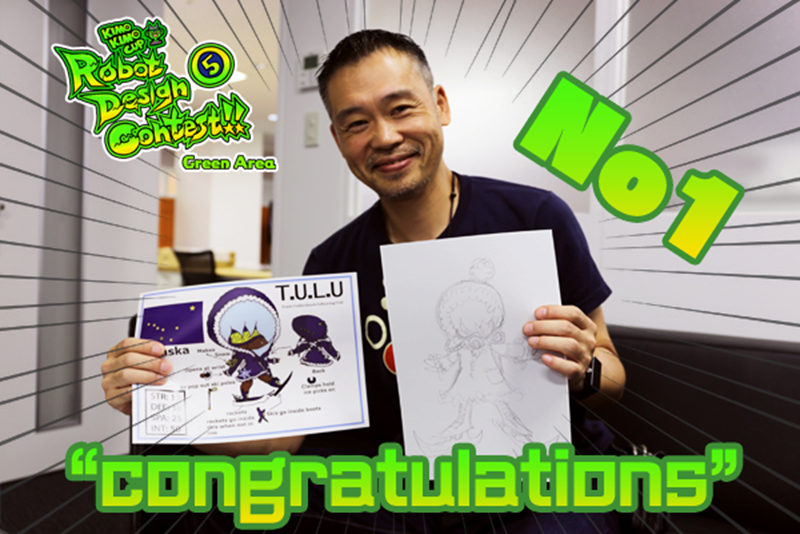 Just as usual, I took it upon myself to redesign the character to fit the style of the other Mighty Numbers. 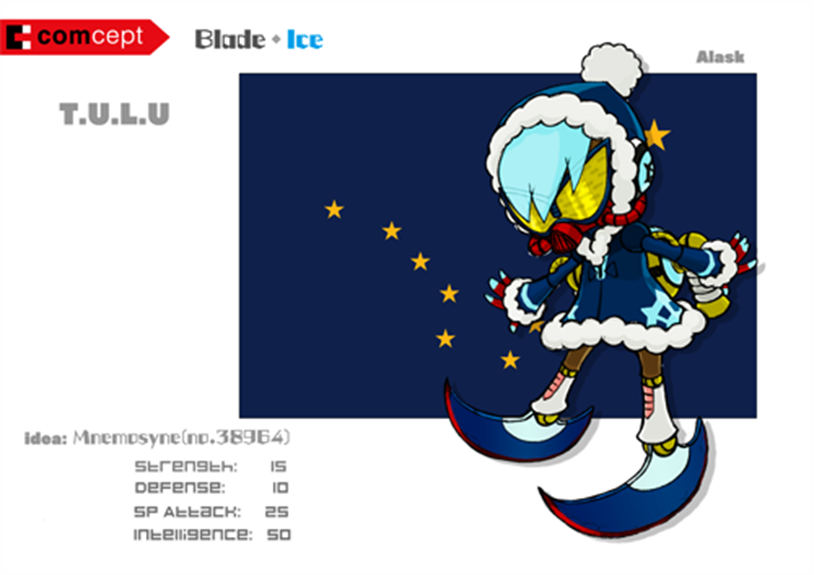 I ended up re-drawing the character 6 times.
A few people made fun of me for constantly working on the same thing.
I just had a really tough time with this character.

The original design was very cute, thanks to a combination of a big head
and short legs.

One issue was that I felt like they would be too short to make much sense when attacking with her skate-blades.
However, increasing her overall height would mean losing the cute aspects of the original design.
I wanted users to focus in on her skate-blades first and foremost, and it was difficult to get that balance right.

From a distance she looks like a normal human, but I wanted the mechanical bits to stand out more.
However, the color choice seemed to be based on the Alaskan State Flag which worked very well, so I did my best to keep that balance right. 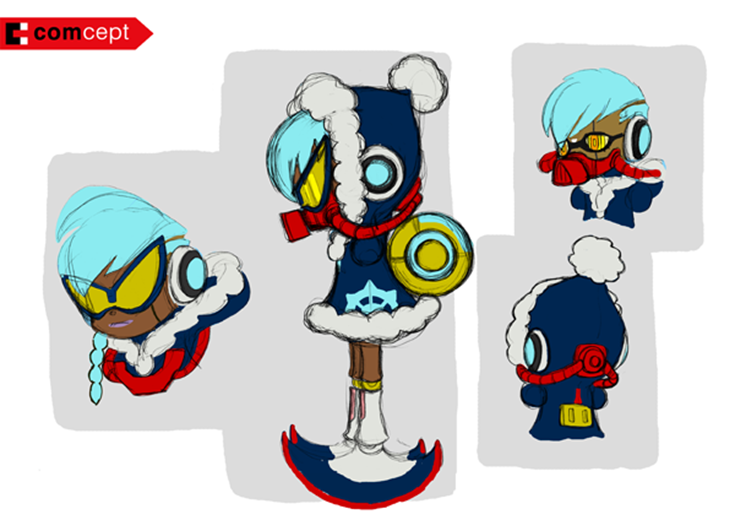 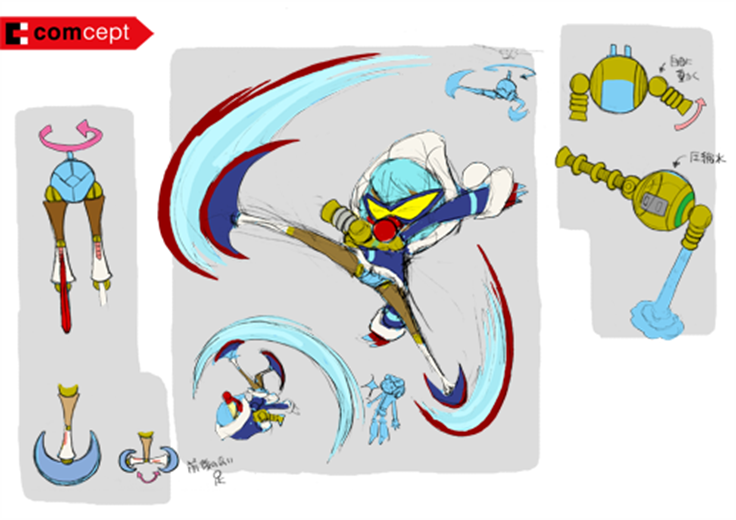 I changed her hip design so that it could rotate and she could easily attack both in front and behind.
She would be capable of some pretty amazing attacks!
I also changed it so that ice blades would also form on her attacks giving her a flashier attack style!

For a design like this which I spent a lot of time on, I really would like to see her appear somewhere!
We still have 3 more rounds of the contest to announce, so keep an eye out!

Until next time Mighties!
(｀_´)ゞ

Wow, I like T.U.L.U a lot better than Cryosphere.

You actually point out, unironically and with no shame, that it's the third anniversary of your Kickstarter with no update of our physical perks. Seriously?!? WTF?!?

Where are our Physical Perks?!?

This isn't funny any more.

Is there any chance the Wii U version will get an update?  It's seriously frusterating to have spent $60 for such a gimped version.

WOAH! So glad you guys loved it! Though you forgot it was ideas of gold, Chrono, az, and myself. I drew and set my foot down a lot though XD
They couldn't seem to make up their mind a lot

Still love what you guys did with her it's soooo amazing :O
and yea I'm not very good at drawing robots lol

Looks like your design sure caught KIMO's eye. And congrats to all the other artists, too. It's great to see this continue even after the game's release.

This one turned out really cool! Really pulled off being both cute but still intimidating with the mask and goggles. I like the concept of attacking with ice-skates. Since she's a robot, her legs could even stretch out temporarily for attacks n stuff!

Congratulations Mnemo! To be honest so where there several good designs too, but your cute Alaskan robot girl seemed to have gotten the most attention. :3

Congrats Mnemo! You earned it!